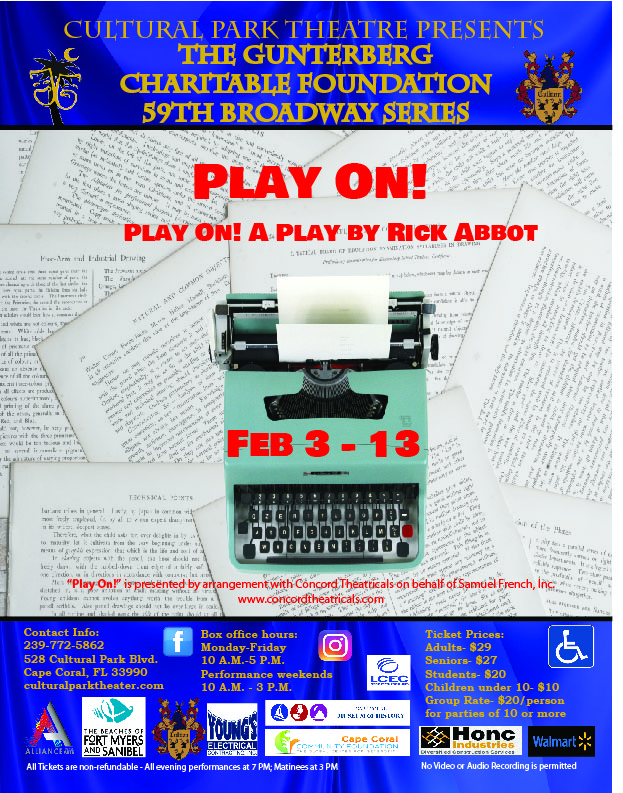 This is the hilarious story of a theatre group trying desperately to put on a play in spite of maddening interference from a haughty author who keeps revising the script. Act I is a rehearsal of the dreadful show, Act II is the near disastrous dress rehearsal, and the final act is the actual performance, where anything that can go wrong, does. When the author decides to give a speech on the state of the modern theatre during the curtain calls, the audience is treated to a madcap climax and a thoroughly hilarious romp. Even the sound effects reap their share of laughter!

Next Up: The 25th Annual Putnam Spelling Bee