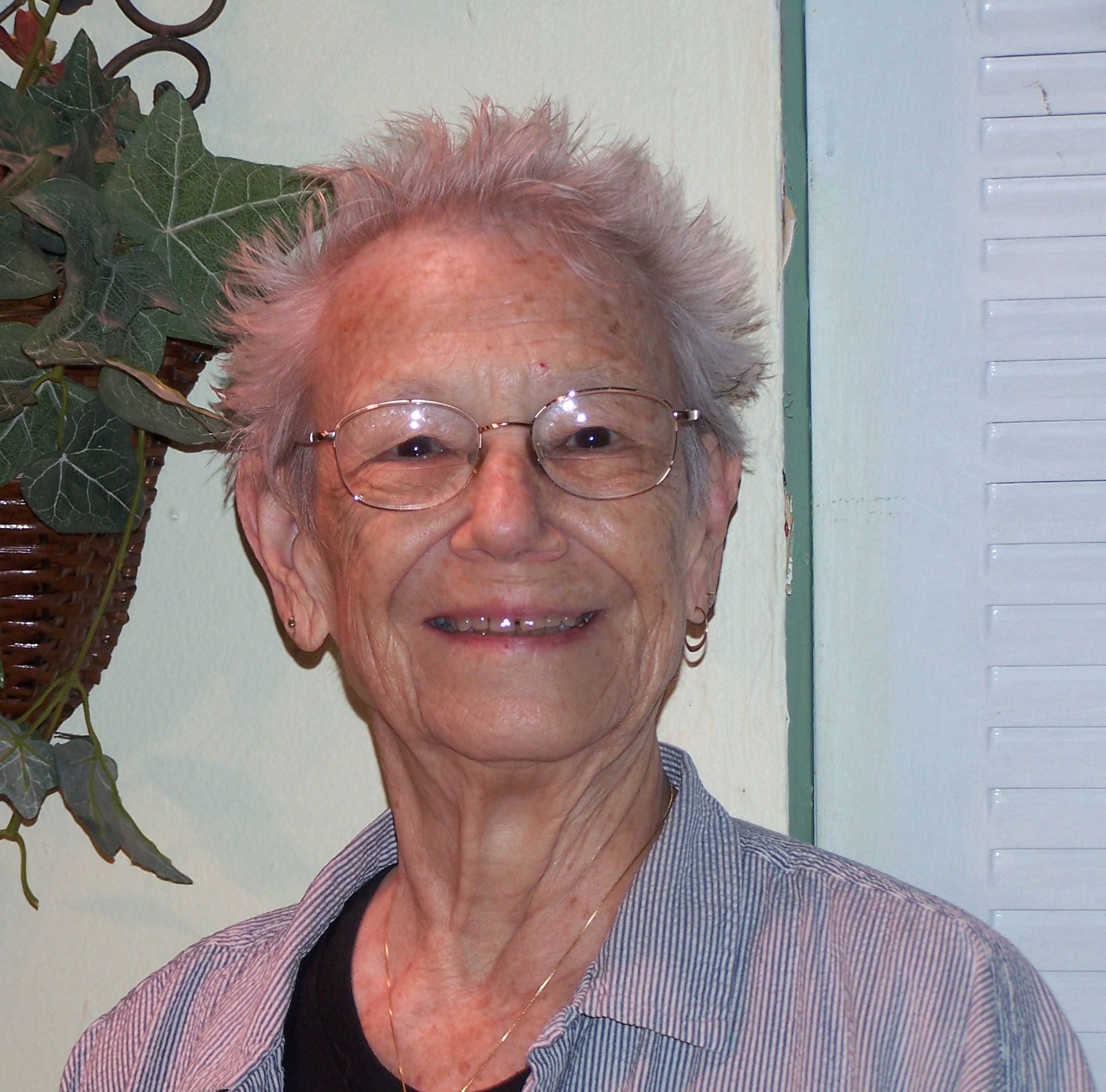 Since by debut in the chorus of “Mame” in 2007, I have been involved in almost 80 productions at Cultural Park Theater, in the capacity of acting, directing and stage managing/crewing.  Some of my favorite roles are Helga Ten Dorp in “Death Trap”, Eulalie Shinn in “Music Man”, Lady Breckenridge in “The Importance of Being Earnest” (which my cast member Greg W also played during this past season at another venue), the chef in “Don’t Drink the Water”, Aunt Jenny in “I Remember Mama” and Reba in “Visit to a Small Planet”.  I am so excited about directing “You’re Never Too Old” because I not only have a wonderful cast, assistant director and stage manager, I am directing the playwright (LOL!).  I look forward to continuing to be involved in future seasons at Cultural Park Theater.

Cathy James is excited to be codirecting her first production for the Cultural Park Theatre.  In 2019, she directed “The Porch” by Jack Neary, in 2018, Mary Chase’s “Harvey” and in 2017, Arthur Miller’s “All My Sons” for the Potomac Playmakers of Hagerstown, Md. which was her first opportunity to direct community theatre.  She has spent thirty- three years teaching high school drama and directing over one hundred plays, musicals, and one acts in Pa. and Md.  Special thanks to the Cultural Park Theatre for giving her the opportunity to codirect, and to an amazing and experienced cast and crew that has her bellying laughing at every rehearsal.  Extra special thanks to Steve. 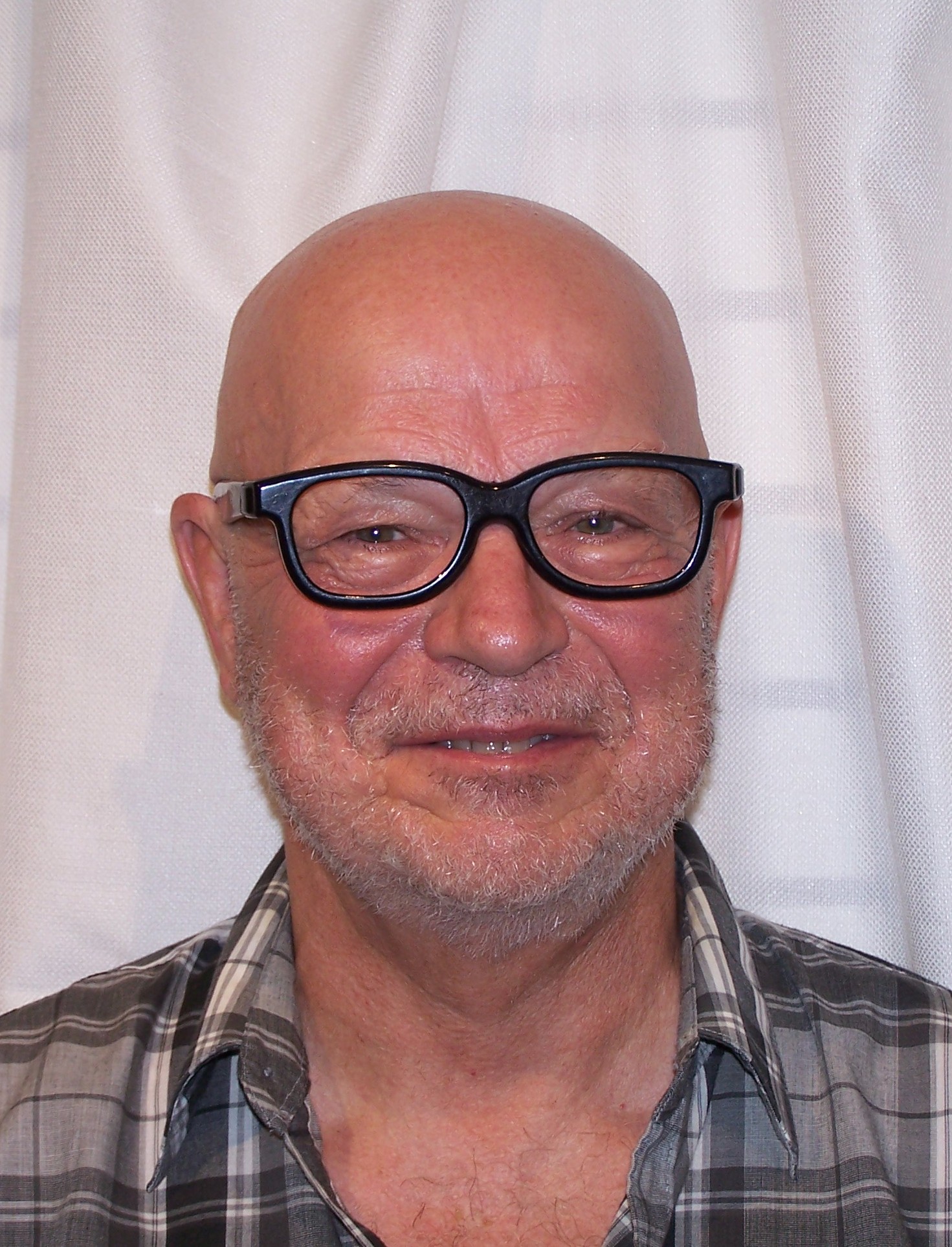 Greg has developed an extensive acting resume. since he first stepped onto the stage in 2012 in summer stock and then continuing in 2015 in Ft. Myers.    Some Florida highlights include: Tedddy Brewster aka Teddy Roosevelt in Arsenic and Old Lace,  Myron Hasler in the Pajama Game, Charlie Cowell in Music Man, Chandler Marlowe (private eye) in The Butler Did It, Lady Bracknell in (the ill-fated) The Importance of Being Earnest, and others at the Cultural Park Theater.  At the New Phoenix Theater in Ft.Myers he played Ken Gorman in Rumors and the monster in Young Frankenstein the musical.   At the Laboratory Theater in Ft. Myers he played Max the butler in Sunset Schmoulevard (a farce).  Other appearances have been with the Studio Players in Naples,  the Performing Arts Center in Bonita Springs, the opera LaBoheme at Barabara Mann (a non-speaking part)  and The Sound of Music at the Broadway Palm Theater.

Greg would like to thank all his female fans who supported and cheered him on over the years.  Enjoy the show.  It is VERY FUNNY! 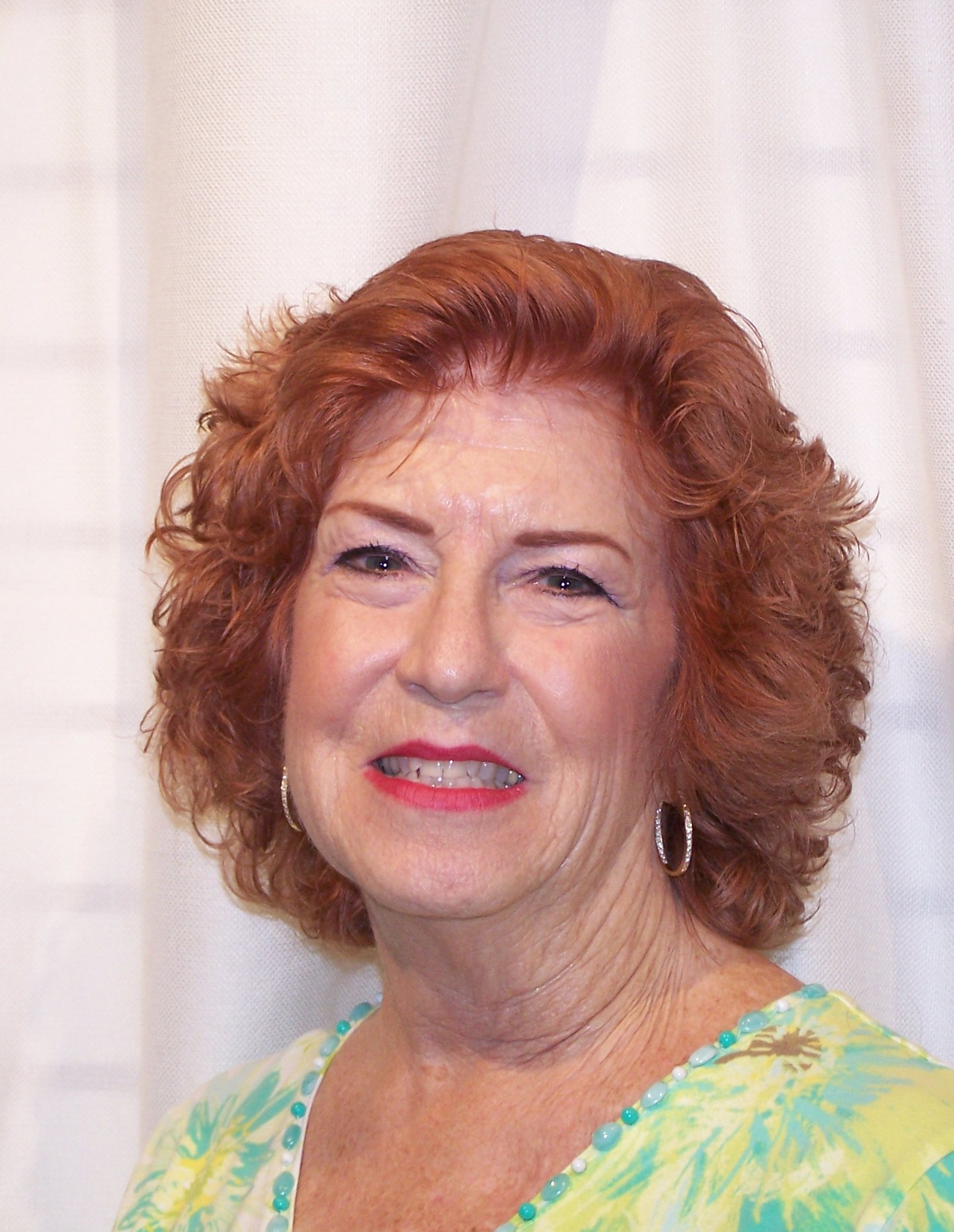 Suzanne Davies (Florence Stuart) is excited to be gracing Cultural Park Theatre’s stage again, having appeared earlier this season as several characters in the comedy Mama Won’t Fly, and in many other shows at this amazing theater since 2007. Although she is often working behind the scenes as stage manager, she has been fortunate to appear in memorable roles - British widow Annie Clarke in Calendar Girls, French housekeeper Berthe in Boeing Boeing – and to also sing and dance with tap/jazz troupes, which rounds out her theatrical experience and allows her to dress up in glitzy costumes.  She is no stranger to Greg W., who portrays her husband Max in this show, since she previously played his on-again, off-again girlfriend Kari in Wake Me At Midnight and fellow sleuth Charity Haze in The Butler Did It.  Suzanne has also assisted in bringing many of playwright/actor Carl Megill’s other works to the stage, including a variety of comic “What If” skits recently presented at Cape Coral’s Lake Kennedy Center. And she is pleased to help introduce newcomer Tully Agnew to CPT audiences.  Her sincere wish is that you laugh heartily and enjoy this wonderful show! 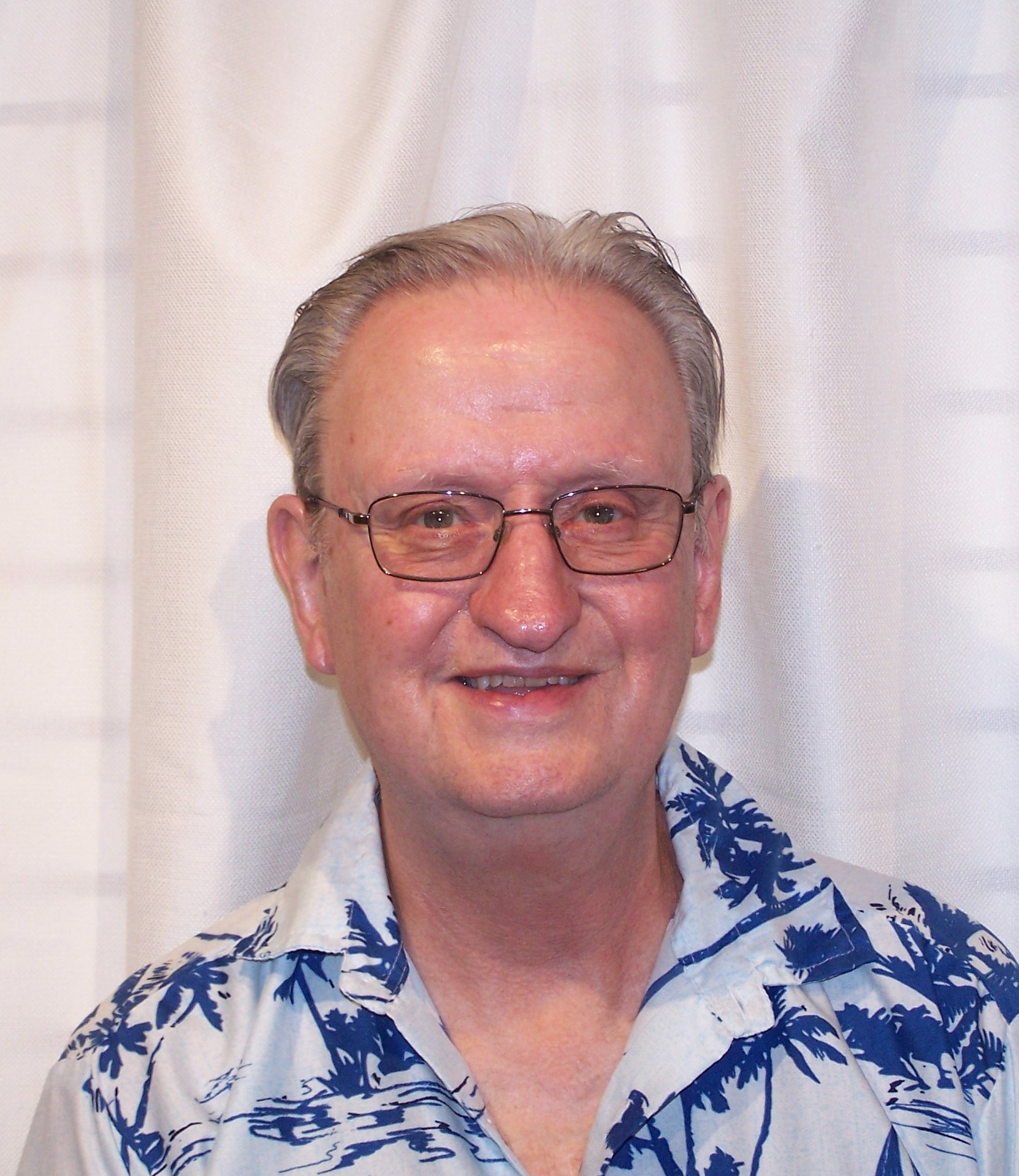 I was born and raised in Long Branch, New Jersey.

After graduating from Long Branch High School, I entered the Air Force.  While there, I began writing comedy and performing in clubs.

I left the Air Force three months early to attend the School of Broadcasting and Announcing in New York City.  After working a couple of retail jobs, I landed a position as the overnight deejay at a local radio station.   While there, I became the operations manager and midday deejay.  My love of writing comedy continued and I wrote and performed comedy sketches on the air.  I also began writing spec scripts for sitcoms for shows like, “Frasier,” “Home Improvement,” “Murphy Brown,” “Seinfeld,” “Everybody Loves Raymond” and “Will & Grace.”

Since 2013, I’ve appeared in several productions at the Lake Kennedy Center and, in 2016, I was crowned Mr. Lake Kennedy.

In Oct. 2014, my play, “You’re Never Too Old,” received a very successful production at the Cultural Park Theatre.

My two books, “10 Things Guys Hate to Hear in Bed” and “Kwizzles” have been self published and are available on Amazon.com.

I wrote, along with Pat Winter, “The Hopeful Diamond Caper”, a play for the Lake Kennedy Center, which was performed in 2017.

My one-act play, “The Test” was a winner in the “An Evening of New Plays 2016” by the Naples Players and it had a staged reading in December 2016.

My newest book, “The Unauthorized Biography of the United States (An American Almanac Completely Devoid of Accuracy)” is currently looking for a publisher.

In 2019, my sketch comedy play, “A Salute To Television” was produced at Lake Kennedy Center.

In 2020, my sketch comedy play, “Relationships” was produced at Lake Kennedy Center.

I currently live in Cape Coral, Florida with my wife and biggest fan, Charma. 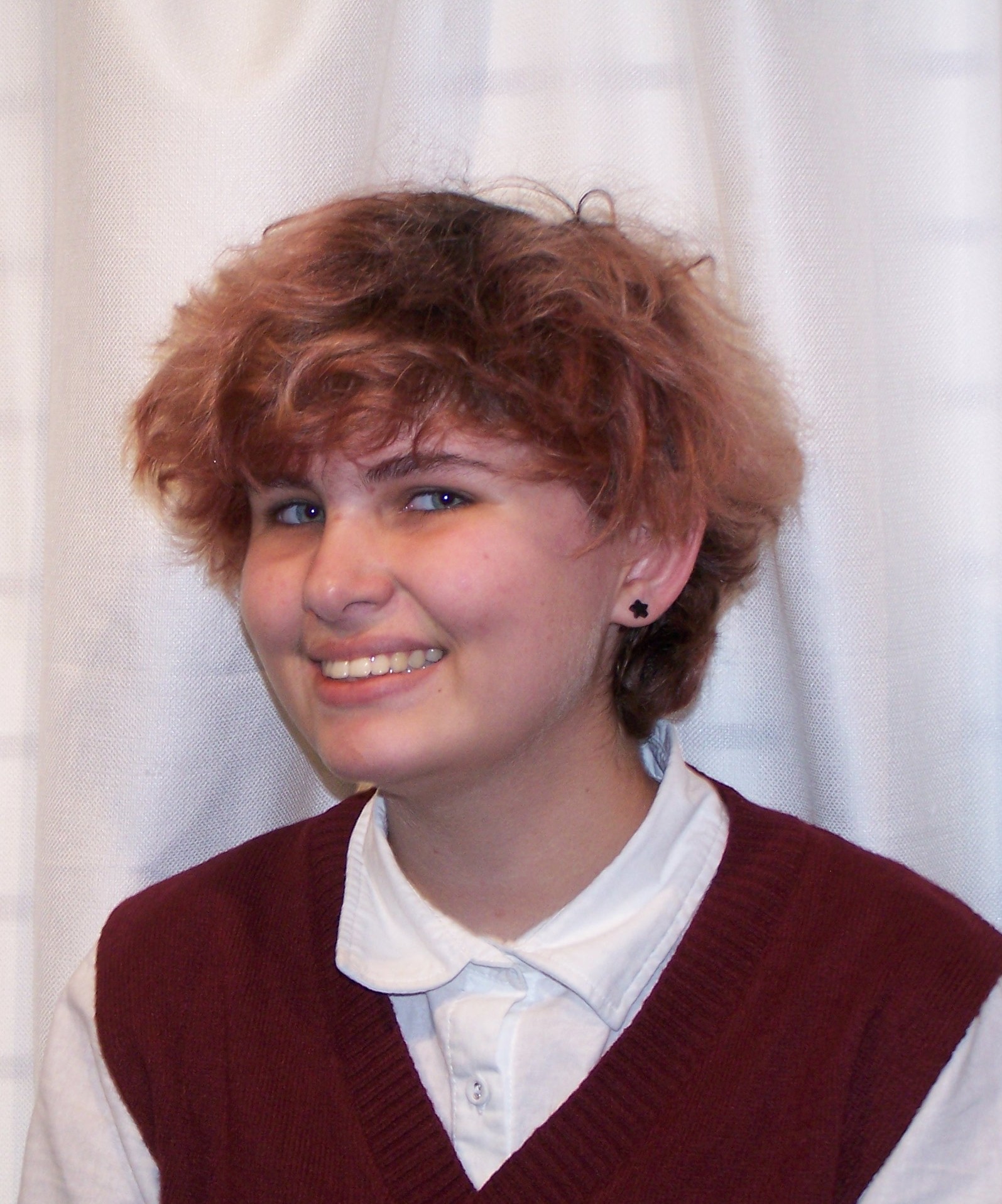 I do not have all that much experience in theater, but I have loved it for a long time. This is the first real production I have been apart of— I have only ever acted within a camp setting once or twice previously. I adore all of the arts, from visual to literary to performance, and have hobbies under each of the aforementioned subsections. Recently, I have gotten into writing more than anything, though I still do a great deal of visual art, and have written a playlet of my own. This new insight has made the experience I have had with Cultural Park Theater all the more Special, particularly in light of having gotten to meet and act with the author of the play! I would like to thank my parents for their consistent support of my passions, as well as my directors for giving me this wonderful opportunity. I hope everyone who decides to attend the performance enjoys at as much as I have enjoyed partaking in the creation of it