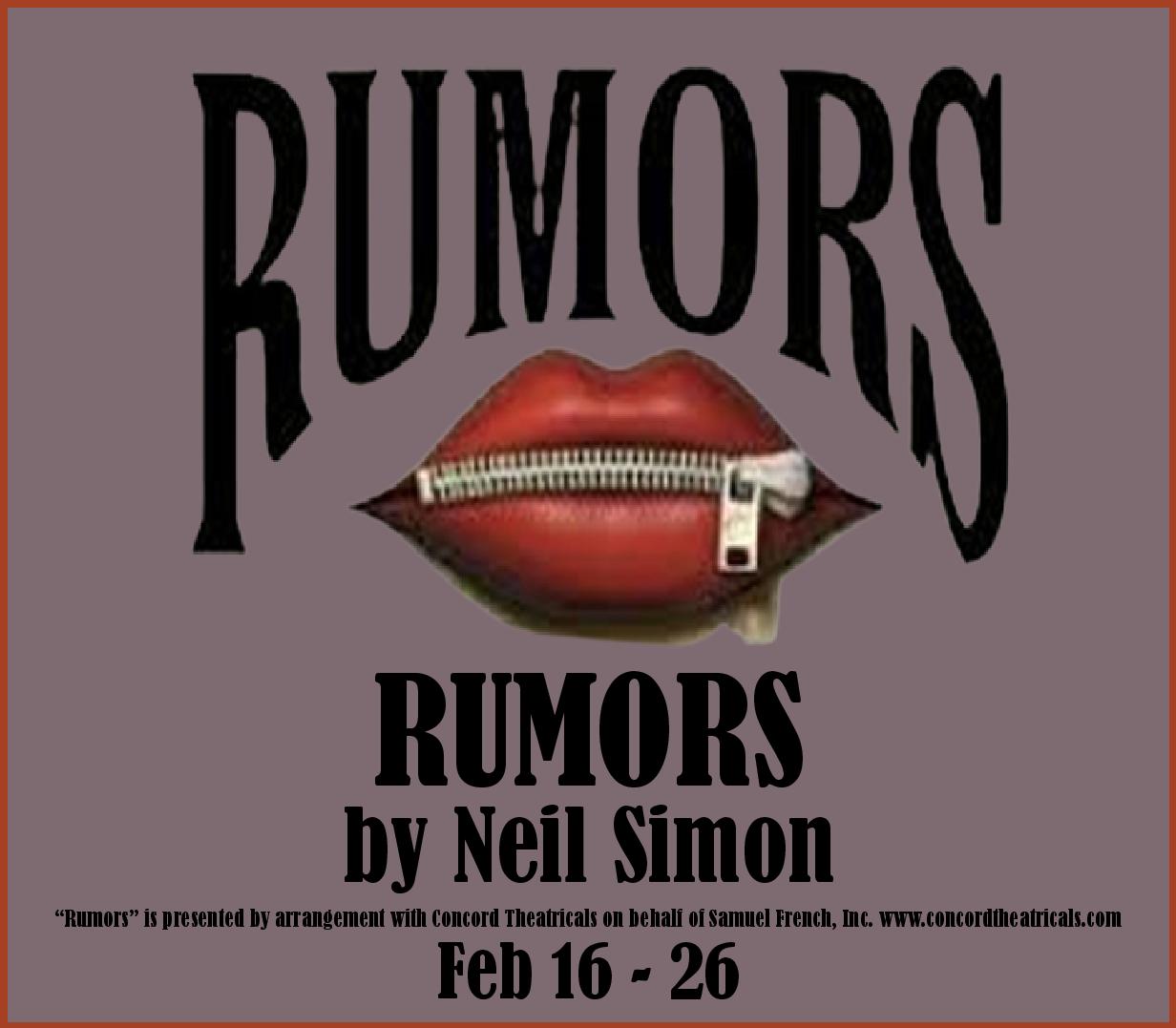 Rumors, a farce, by Neil Simon

Synopsis:
Four couples arrive at the townhouse of a deputy New York City mayor and his wife to attend a party celebrating their tenth wedding anniversary. However, the four couples soon discover that there are no servants, the hostess is missing, and the
deputy mayor has shot himself in the head (it’s only a flesh wound). Comic
complications arise when, given everyone's upper-class status, they decide they need to do everything possible to conceal the evening’s events from the local police and the
media.